Inspirational quotes to get us through the coronavirus shutdown 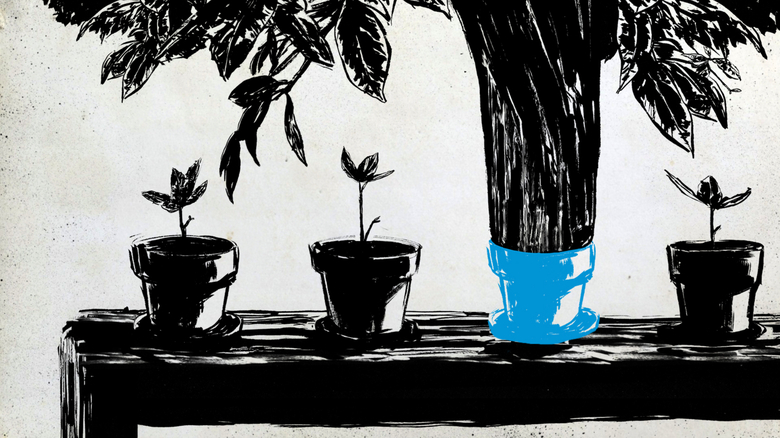 This essay is part of a column called The Wisdom Project by David Allan, editorial director of CNN Features. The series is on applying to one's life the wisdom and philosophy found everywhere, from ancient texts to pop culture. You can follow David at @davidgallan. Don't miss another Wisdom Project column; subscribe here.

(CNN)"Keep calm and carry on." "The only thing we have to fear is fear itself." "Don't worry, be happy."

These are the kinds of pithy, inspiring phrases and quotes that, historically speaking, have the power to steady us through challenging times. War. Depression. The 1980s.Call them mantras, maxims or even memes -- they get repeated and recycled over the years, sometimes over the millennia, because they contain powerful jolts of easily accessible truth, insight and perspective."Aphorisms live because they contain human truth," Adam Gopnick wrote in The New Yorker magazine last summer, "and reach across barriers of class and era."I've been collecting such fun-size, self-contained wisdom for decades now. I started a list of found quotes on looseleaf sheets in high school, a notebook that is now more than 160 pages long. I have used them in my writing and consulted with them in personally difficult times, such as heartbreak, work stress and the death of others. 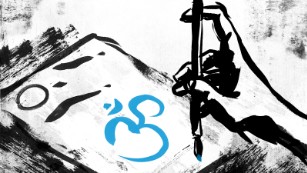 What's in your mantra?And I turned to them this week, as we all face new struggles, looking for wisdom from the past to help the present.Below are quotes I think speak to this time of coronavirus shutdowns and of health and economic fears.Like a crow seeking shiny bits of enlightenment, I've indiscriminately snatched quotes from anywhere: books, songs, movies, speeches, articles, plays, poems, religious dogma, bumper stickers, graffiti, t-shirts, friends, family and strangers.But it should be disclaimed that some quotes have their own journey; at times their origin gets historically murky and the provenance dubious. But I think that's OK. It's more important that their condensed insight holds us steady.

Ahead of attacks on its cities during World War II, the British government issued and displayed three posters with messages written to boost morale and mentally prepare its civilians. One of them, "Keep calm and carry on," has grown in popularity over the years because its message is applicable beyond its original intent. It's also poignant now that coronavirus is invoking comparisons to world war.Similarly, a line from President Franklin Roosevelt's 1933 inaugural address, to a nation paralyzed in the economic fear of the Great Depression, has endured its original meaning because "The only thing we have to fear is fear itself" speaks to the psychology of all panic. 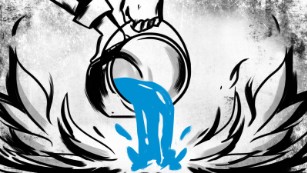 How to stop being annoyed by life"A life lived in fear is a life half lived," declares a character in the 1992 Australian film "Strictly Ballroom," the line attributed to the film's director and co-writer, Baz Luhrmann.Steven Spielberg's "Bridge of Spies," written by Matt Charman and the Coen brothers, repeats variations of this wise exchange between characters: "Aren't you worried?" "Would that help?"For what use is our fear right now? "Worry is like a rocking chair: It gives you something to do but never gets you anywhere," wrote humorist Erma Bombeck.Now is the time for a more scientific and analytical approach, as the physicist Marie Curie said: "Nothing in life is to be feared, it is only to be understood. Now is the time to understand more, so that we may fear less."

Be happy, or at least Zen

For anyone alive in 1988, Bobby McFerrin's "Don't worry, be happy" has been stuck in their head ever since. There have been many happiness songs before and since (Pharrell, the Partridge Family), but McFerrin's Grammy-winning tune has had the longest staying power, because it's simple and directive.Personally I prefer Bob Marley's "Don't worry 'bout a thing, cause every little thing's gonna be alright." Also directive, plus a call to appreciate the little things, like sunrises and bird song."Things could always be better, but things could always be worse," is a line attributed to actress Marla Gibbs, of all people, famous for her role as a sassy but insightful housekeeper on the 1970s and '80s sitcom "The Jeffersons." 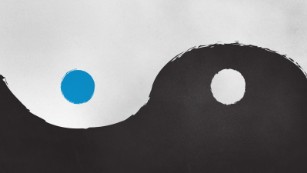 Good and bad, it's all the same: a Taoist parable to live byI heart "I Heart Huckabees," the film co-written and directed by David O. Russell, which contains this Western Zen koan: "Nothing's okay. So it's okay."It reminds me of a level of acceptance I wrote down just after I heard comedian Eddie Izzard say it live on stage last year: "I like to think of life as an adventure, like a roller coaster. It helps with the ups and downs."I equally like this framing by Fred Rogers: "Often when you think you're at the end of something, you're at the beginning of something else." It speaks to this time as the start of a new era, without any negative connotation.

Dance in the rain

So what do we do now?"Better to be busy than to be busy worrying," actress Angela Lansbury is quoted to have said. Because, author Vivian Greene explained, "Life isn't about waiting for the storm to pass. It's about learning how to dance in the rain." Or as Sting sings, "When the world is running down, you make the best of what's still around."We need to make the best with what we have now, especially if the grocery store shelves are empty. "You can't always get what you want. But if you try sometime, you'll find, you get what you need," sang the Rolling Stones.And what you need are the bare necessities, "The simple bare necessities. Forget about your worries and your strife ... The bare necessities of life will come to you," promises Baloo the bear in Disney's "The Jungle Book." 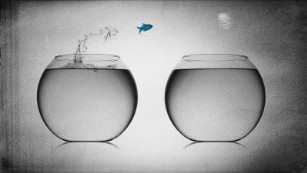 Change, the double-edged sword that's worth masteringTwo hundred years before coronavirus, the German writer Johann Wolfgang von Goethe had some poignant metaphorical advice to do your part in this pandemic, when he wrote, "Let everyone sweep in front of his own door, and the whole world will be clean."Embrace that this time could have a positive impact on you. "That which does not kill us, makes us stronger," the aphoristic philosopher Friedrich Nietzsche famously said. And spiritual teacher Eckhart Tolle added that "Life will give you whatever experience is most helpful for the evolution of your consciousness."That evolution will likely lead you to look out for others in this critical time. "I shall pass this way but once; any good that I can do or any kindness I can show to any human being; let me do it now," wrote the Quaker missionary Etienne de Grellet.And whatever happens, we just need to endure. "If you're going through hell, keep going," said the British Prime Minister Winston Churchill. Because as the days rack up, or the situation intensifies, more things may fall apart and further call on our resolve to power through. In other words, "You just gotta keep livin' man, L-I-V-I-N," Matthew McConaughey's Wooderson reminds us in the film "Dazed and Confused."Which brings me to my favorite quote from a favorite novel, John Steinbeck's "The Grapes of Wrath." Ma Joad gives the family this homespun pep talk when the car breaks down on the way to California: "This here bearing went out. We didn't know it was goin', so we didn' worry none. Now she's out an' we'll fix her. An' by Christ that goes for the rest of it."

The sun will rise

"This too shall pass," is an old Persian saying that may have originated with the poet Rumi. Abraham Lincoln, something of an aphorist himself, was a fan of this line because it is "true and appropriate in all times and situations," Lincoln said. "How much it expresses! How consoling in the depths of affliction!"Subscribe to this column

The impermanence and struggle were favorite themes of the Buddha's recorded sayings, including, "Praise and blame, gain and loss, pleasure and sorrow come and go like the wind."That should give us hope, maybe even help us see "dawn comes after the darkness," as author Lisa Wingate put it.That's the perspective articulated at the end of Robert Zemeckis' hope-fueled film "Cast Away." After four years stuck on an island and uncertain of what to do once he returns home, Tom Hanks' character, Chuck Noland, says, "I know what I have to do now, I've got to keep breathing because tomorrow the sun will rise. Who knows what the tide could bring?"And in the end, I'm going to give the last word to that singer-sage John Lennon. If you only remember one of these aphorisms, this is the one that most succinctly captures endurance, perspective and hope: "Everything will be okay in the end. If it's not okay, it's not the end."

label: Inspirational quotes to get us through the coronavirus shutdown
News
PRODUCT

Call us
Products
E-mail us